2020, 2019, 2018 & the 2010's best rated Irish TV series out on DVD, Bluray or streaming on VOD (Netflix, Amazon Prime & Hulu).
A list containing the best recent shows from the Irish. A nice treat for people interested in Irish culture or are in love with the irresistible accent – watch Mobs Mhericeá, for instance.
PreviousPreviousNextNext 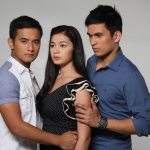 Best British popular culture
Best New TV Shows on Netflix, Amazon Prime & Hulu in 2021 & 2020 by Genre - Originals > Best new European television series in 2021 – Netflix, Prime, Hulu & TV > Best new Irish TV Shows in 2021 & 2020 (Netflix, Prime, Hulu & TV List)
We use cookies to ensure that we give you the best experience on our website. If you continue to use this site we will assume that you are happy with it.Ok