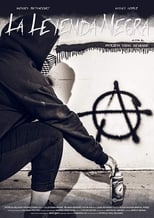 Director Patricia Vidal Delgado CastMonica Betancourt, Kailei Lopez & Irlanda MorenoRelease Jan 30th, 2020 Synopsis For her directorial feature debut, Patricia Vidal Delgado writes and directs the coming-of-age drama, La Leyenda Negra. It is her entry to the 2020 Sundance Film Festival under the NEXT section. The film is dubbed in English and Spanish, with Spanish subtitles. Monica Betancourt, Kailei Lopez, Irlanda Moreno, Justin Avila, Sammy Flores, and Juan Reynoso lead the cast of the production. The film is produced by Patricia Delgado Productionsa and will also take care of the film’s distribution. It premieres at Sundance on January 27, 2020. La Leyenda Negra is directed by Patricia Vidal Delgado and was released on Jan 30th, 2020.

Where can you stream La Leyenda Negra: