The Killing of Two Lovers 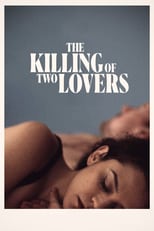 Director Robert Machoian CastClayne Crawford, Sepideh Moafi & Chris CoyRelease May 14th, 2021 Synopsis Award-winning American director Robert Machoian finally gives us his feature debut film, The Killing of Two Lovers. Set to premiere at the 2020 Sundance Film Festival on January 27, 2020, the film is an official entry to the NEXT section of the festival. Aside from directing this drama, Machoian also writes and co-produces the production, along with Scott Christopherson and Clayne Crawford. Crawford also leads the cast and is joined by Sepideh Moafi, Chris Coy, Avery Pizzuto, Arri Graham, and Ezra Graham. Machoian is nominated for the NEXT Innovator Award at Sundance for this film. Back40 Pictures and Odd Man Out Cinema are behind this production. The Killing of Two Lovers is directed by Robert Machoian and was released on May 14th, 2021.

Where can you stream The Killing of Two Lovers: Not yet streaming online