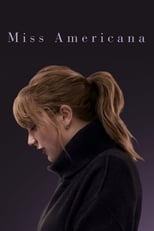 Director Lana Wilson CastTaylor Swift, & Release Jan 31st, 2020 Synopsis Based on the life of American singer Taylor Swift, director Lana Wilson helms the documentary called Miss Americana (also knows as Taylor Swift: Miss Americana). Wilson focuses on a pivotal time in Swift’s life and career as she learns to use her voice as a platform to influence and inspire others. The documentary kicked off the 2020 Sundance Film Festival, premiering on January 23, 2020. Tremolo Productions produces the film to be released on January 31, 2020 via Netflix and select theaters in the US. it has received an 86% Rotten Tomatoes approval rating and garnered positive feedback from critics alike. Miss Americana is directed by Lana Wilson and was released on Jan 31st, 2020.

Where can you stream Miss Americana: