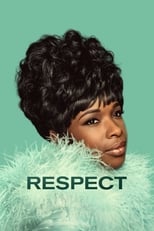 Director Liesl Tommy CastJennifer Hudson, Forest Whitaker & Marlon WayansRelease Aug 13th, 2021 Synopsis Jennifer Hudson is set to portray the Queen of Soul, Aretha Franklin in the biographical drama aptly titled, Respect. From the screenplay of Tracey Scott Wilson, Liesl Tommy directs the musical drama. Hudson is joined by Forest Whitaker, Marlon Wayans, Audra McDonald, Mary J. Blige, Marc Maron, Tate Donovan, and Tituss Burgess. Before Franklin’s death in August 2018, she took on an active role in the development of the project. Metro-Goldwyn-Mayer and Bron Creative produced the film to be distributed by United Artists Releasing and Universal Pictures. The original theatrical release of August 14 was deferred to October 9, 2020. Respect is directed by Liesl Tommy and will premiere on Aug 13th, 2021.

Where can you stream Respect: Not yet streaming online