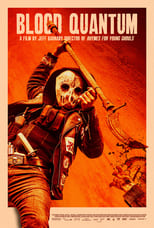 Director Jeff Barnaby CastMichael Greyeyes, Elle-Máijá Tailfeathers & Forrest GoodluckRelease Oct 19th, 2019 The dead are coming back to life outside the isolated Mi'gMaq reserve of Red Crow, except for its Indigenous inhabitants who are strangely immune to the zombie plague.
Blood Quantum is directed by Jeff Barnaby and was released on Oct 19th, 2019.

Where can you stream Blood Quantum: Not yet streaming online