Death on the Nile 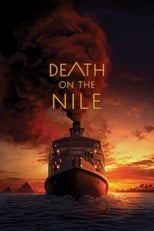 Director Kenneth Branagh CastKenneth Branagh, Gal Gadot & Letitia WrightRelease Sep 17th, 2021 Synopsis Kenneth Branagh takes on the re-telling of the Agatha Christie novel, Death on the Nile. He is also one of the producers and leads the cast as Hercule Poirot. Death on the Nile is the follow-up movie to Murder on the Orient Express, where Branagh reprises the role of Poirot. He is joined by Tom Bateman, Annette Benning, Russel Brand, Gal Gadot, Armie Hammer, Rose Leslie, and Emma Mackey. Kinberg Genre, The Mark Gordon Company, and Scott Free Productions produce the film. It is set to be shown in theaters in the US on October 9, 2020, to be distributed by 20th Century Studios. Death on the Nile is directed by Kenneth Branagh and will premiere on Sep 17th, 2021.

Where can you stream Death on the Nile: Not yet streaming online