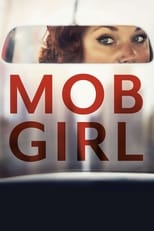 Director Paolo Sorrentino CastJennifer Lawrence, & Release TBA Synopsis From the book written by Pulitzer Prize winner Teresa Carpenter, Mob Girl: A Woman’s Life in the Underworld comes a biographical crime drama directed by Academy-award winner Paolo Sorrentino. Presented by Excellent Cadaver, Makeready, and Wildside, Mob Girl is top billed by Jennifer Lawrence, who also co-produces the film, along with Sorrentino. Sorrentino, on the other hand, takes on many hats in the production, including writer. Angelina Burnett co-writes the screenplay. The film is currently in pre-production. Mob Girl is directed by Paolo Sorrentino and will premiere on TBA.

Where can you stream Mob Girl: Not yet streaming online