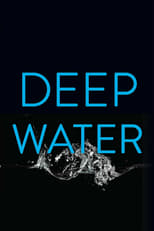 Director Adrian Lyne CastBen Affleck, Ana de Armas & Tracy LettsRelease Jan 14th, 2022 Synopsis After an 18-year hiatus, English director Adrian Lyne returns with the psychological thriller, Deep Water. It stars Ben Affleck and Ana de Armas as husband and wife Vic and Melinda Van Allen. They are supported by Tracy Letts, Lil Rel Howery, and Rachel Blanchard. Zach Helm and Sam Levinson write the screenplay off of the novel written by Patricia Highsmith of the same name. Regency Enterprises, New Regency, Film Rites, and Entertainment 360 produce the film with 20th Century Studios set to release the movie on November 13, 2020 in the US. Deep Water is directed by Adrian Lyne and will premiere on Jan 14th, 2022.

Where can you stream Deep Water: Not yet streaming online