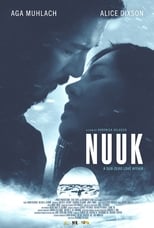 Director Veronica Velasco CastAga Muhlach, Alice Dixson & Release Nov 6th, 2019 Synopsis Filipino director Veronica Velasco offers the drama-thriller Nuuk as the first Filipino feature film screened at the Danish Film Festival. Set in Nuuk, Greenland, the film stars Aga Muhlach and Alice Dixson. It went out in Philippine theaters in November 2019 through Viva Films, and is produced by Viva Films, OctoArts Films, Mavx Productions, and the Embassy of Denmark. Velasco co-writes the screenplay along with Aileen Alcampado Kessop and Jinky Laurel. Nuuk is directed by Veronica Velasco and was released on Nov 6th, 2019.

Where can you stream Nuuk: Not yet streaming online