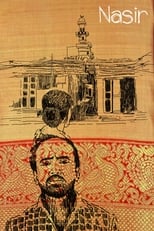 Director Arun Karthick CastValavane Koumarane, & Release Jul 16th, 2020 Synopsis The story is about Nasir, a middle-aged street salesman working for an apparel shop, who belongs to the Islamic minority and who lives with a relatively content life with his mother Fatima, his wife Taj and his cousin Iqbal in a densely populated ghetto. As his day unfolds we find him to be waxing romantic, speaking out about love, song, friendship and even religion. He appears to bring a positive atmosphere around him amid the bigotry in the community. He likes to make people laugh, he likes to write poems based on songs in movies and share them with his colleagues. The movie is directed by Arun Kathrick and stars Valavane Koumarane in the title role. Nasir is directed by Arun Karthick and was released on Jul 16th, 2020.

Where can you stream Nasir: Not yet streaming online