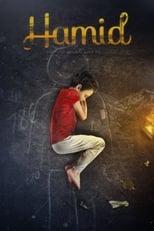 Director Aijaz Khan CastTalha Arshad Reshi, Vikas Kumar & Rasika DugalRelease Mar 15th, 2019 Synopsis The movie is based on the play Phone No. 786 by Mohammad Amin Bhat. Eight year-old Hamid learns that 786 is God's number and decides to try and reach out to God, by dialing this number. He wants to talk to his father, who his mother tells him has gone to Allah. One fine day the phone call is answered by a member of the Central Reserve Police Force posted in a remote region and finds solace in Hamid’s innocent talk. Thus began a long series of conversations as Hamid tells the policeman how he misses his father. Hamid is directed by Aijaz Khan and was released on Mar 15th, 2019.

Where can you stream Hamid: