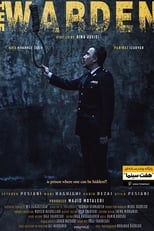 Director Nima Javidi CastNavid Mohammadzadeh, Parinaz Izadyar & Setareh PesyaniRelease Jun 5th, 2019 Synopsis Set in 1960s, the film is about Major Jahed the warden of a prison in Southern Iran who had to transfer all its prisoners as the prison is to be demolished to make way for an airport that will be built on the site. A promotion awaits if he accomplishes this. Everything was going well until it was discovered one prisoner is missing. Afraid it would jeopardize his promotion, Jahed initiates a manhunt to search for the missing inmate. Joining him is a social worker secretly hoping the prisoner will not be caught. The movie is directed by Nima Javidi who is also the screenwriter. The Warden is directed by Nima Javidi and was released on Jun 5th, 2019.

Where can you stream The Warden: Not yet streaming online