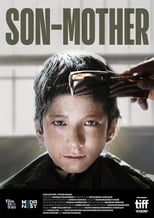 Director Mahnaz Mohammadi CastRaha Khodayari, Mahan Nasiri & Reza BehboodiRelease Jun 17th, 2021 Synopsis The movie is set in Iran after the 1979 Revolution resulting in economic sanctions imposed on the Islamic Republic. The story centers on a widow named Leila working in a factory to support herself and her son 12-year old son Amir. She received a marriage proposal from Kazem which could help get her out of poverty but could create a rift in her family as Kazem has a daughter who is the same age as Amir and culture frowns on having the two of them living under one roof and Leila may be forced to give up Amir. The film is directed by Mahnaz Mohammadi. Son-Mother is directed by Mahnaz Mohammadi and was released on Jun 17th, 2021.

Where can you stream Son-Mother: Not yet streaming online