Devil Between the Legs 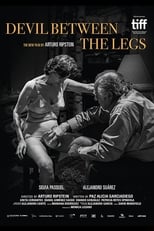 Director Arturo Ripstein CastSylvia Pasquel, Alejandro Suárez & Greta CervantesRelease Sep 12th, 2019 Synopsis Known locally as El Diablo entre las Piernas, the movie centers on Beatriz and the Old Man who are in their 70s yet still show sexual vigor for their age. Given their age and condition, conventional sexual intercourse is not the order of the day for them, but there is still plenty of feeling and groping and, after a fashion, pleasuring going on that stops just short of being explicit. Despite this, they have their own separate liaisons. This weird dynamics of the couple unfold and get even more complicated at their own pace. The film is directed by Arturo Ripstein and stars Sylvia Suarez and Alejandro Suarez. Devil Between the Legs is directed by Arturo Ripstein and was released on Sep 12th, 2019.

Where can you stream Devil Between the Legs: Not yet streaming online