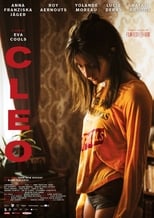 Director Eva Cools CastAnna Franziska Jäger, Roy Aernouts & Yolande MoreauRelease Nov 27th, 2019 Synopsis Cleo is a 2019 Belgian drama film written and directed by Eva Cools and is her first feature film. The film stars Anna Franziska Jaeger as the title character Cleo, a teenage girl who is recovering from a road accident with the aid of a piano which she grew up playing. During production, Cools funded the film with the help of the Flemish Audiovisual Fund, Screen Brussels and through crowdsourcing. She won the Visser-Neerlandia Prize in 2016 for the film's script and the movie won the Alice MyMovies Award at the Italian Alice Nella Città film festival. Roy Aernouts also appears in the film as Leos. Cleo is directed by Eva Cools and was released on Nov 27th, 2019.

Where can you stream Cleo: Not yet streaming online