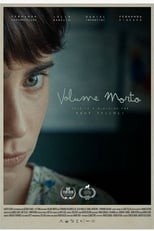 Director Kauê Telloli CastFernanda Vasconcellos, Júlia Rabello & Fernanda ViacavaRelease Nov 26th, 2019 Synopsis Directed by Kaue Telloli, the film is set in an elementary school classroom. The main character is a seven-year old boy named Gustavo who never speaks, thus being called “Dead Volume” by his classmates. Despite his silence, he is talented in drawing. His teacher and parents try to solve the mystery behind his silence. The film stars Fernanda Vasconcellos as Gustavo’s concerned teacher Thamara. Daniel Infantini and Julia Rabello play Gustavo’s parents who also seek answers. The film is produced by Bruno Alfano and the executive producers are Gabriel Alvim, Bruno Autran and Luiza Vassalo. Dead Volume is directed by Kauê Telloli and was released on Nov 26th, 2019.

Where can you stream Dead Volume: Not yet streaming online