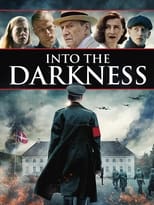 Director Anders Refn CastJesper Christensen, Patricia Schumann, Julie Agnete Vang, Erik MadsenRelease Jan 9th, 2020 Synopsis This film from Denmark is directed by Anders Refn and stars veteran actor Jesper Christensen. It is set in 1940 after Denmark was occupied by the Germans during the Second World War. It centers on a businessman Karl Skov (Christensen) who wants to continue business as usual despite the opposition from the rest of his family who resent the occupation. This can very well be considered a moral film as it pits one group of people opposed to an “evil” invader as opposed to someone who does not care so as long as he is still raking in the profits. Into the Darkness is directed by Anders Refn and was released on Jan 9th, 2020.

Where can you stream Into the Darkness: Not yet streaming online