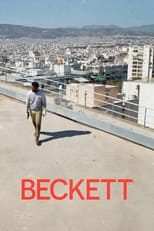 Director Ferdinando Cito Filomarino CastJohn David Washington, Alicia Vikander & Vicky KriepsRelease Aug 13th, 2021 While vacationing in Greece, Beckett, becomes the target of a manhunt after a devastating car accident forces him to run for his life across the country to clear his name but tensions escalate as the authorities close in and political unrest mounts which makes Beckett fall even deeper into a dangerous web of conspiracy.
Beckett is directed by Ferdinando Cito Filomarino and was released on Aug 13th, 2021.

Where can you stream Beckett: