2021, 2020, 2019 & the 2010's best rated Chinese TV series out on DVD, Bluray or streaming on VOD (Netflix, Amazon Prime & Hulu).
The Chinese do it different – you will not find a show that is very similar to the Western standard of television making. Below, you’ll find the best series from China if you’re in for something complety different.
PreviousPreviousNextNext 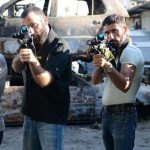