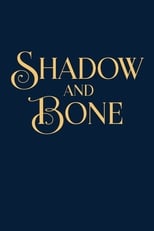 CreatorEric HeissererCastBen Barnes, Freddy Carter & Jessie Mei LiNetwork Netflix Air Date Apr 1st, 2021 In a world cleaved in two by a massive barrier of perpetual darkness, a young soldier uncovers a power that might finally unite her country. But as she struggles to hone her power, dangerous forces plot against her. Thugs, thieves, assassins and saints are at war now, and it will take more than magic to survive.

Where can you stream Shadow and Bone? DVD/Bluray via Amazon

On 2021-04-23 Sci-Fi & Fantasy TV Series Shadow and Bone first aired on Netflix. Written and created by Eric Heisserer, and produced by 21 Laps Entertainment, .
IMDb Rating: /10 Shadow and Bone Official page on NetflixAll Seasons: 1 All Episodes: 1 Average Episode length: minutes Seasons Season 1 - 2021-04-23 with 1 Episodes
The Spy Who Came in From The Cold
Lord of The Rings
We use cookies to ensure that we give you the best experience on our website. If you continue to use this site we will assume that you are happy with it.Ok