Lord of The Rings 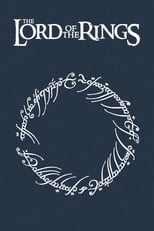 CreatorPatrick McKayCastMarkella Kavenagh, Joseph Mawle & Ema HorvathNetwork Amazon Air Date TBA Lord of the Rings based TV-series, set during the 3,441-year period, known as the Age of Númenor, or the Second Age.

Where can you stream Lord of The Rings? DVD/Bluray via Amazon