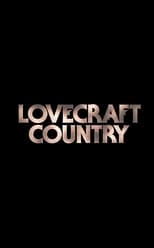 CreatorJordan PeeleCastJonathan Majors, Jurnee Smollett & Wunmi MosakuNetwork HBO Air Date Dec 31st, 2019 Based on the book of the same name by Matt Ruff, the anthology horror series follows 25-year-old Atticus Black, who joins up with his friend Letitia and his Uncle George to embark on a road trip across 1950s Jim Crow America to find his missing father. They must survive and overcome both the racist terrors of white America and the malevolent spirits that could be ripped from a Lovecraft paperback.

Where can you stream Lovecraft Country? DVD/Bluray via Amazon

On 2020-08-16 Drama/Mystery TV Series Lovecraft Country first aired on HBO. Written and created by Jordan Peele & Misha Green, and produced by Bad Robot & Monkeypaw Productions, .
IMDb Rating: N/A/10 Lovecraft Country Official page on HBOAll Seasons: 1 All Episodes: 1 Average Episode length: 60 minutes Seasons Season 1 - 2020-08-16 with 1 Episodes
The Paras: Men of War
The InBetween
We use cookies to ensure that we give you the best experience on our website. If you continue to use this site we will assume that you are happy with it.Ok