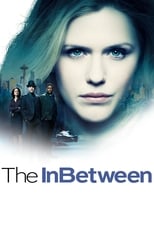 CreatorMoira KirlandCastHarriet Dyer, Chad James Buchanan & Justin CornwellNetwork NBC Air Date Mar 31st, 2019 Cassie Bishop was born with a gift, though she may call it a curse. She can see and communicate with the dead, helping them with their unresolved problems … whether she likes it or not. When her longtime friend Det. Tom Hackett and his new partner, former FBI Agent Damien Asante, need help solving a darkly puzzling murder, Cassie agrees to use her abilities.

Where can you stream The InBetween? DVD/Bluray via Amazon