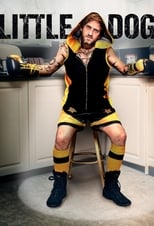 CreatorJoel Thomas HynesCastJoel Thomas Hynes, Ger Ryan & Katharine IsabelleNetwork CBC Television Air Date Mar 1st, 2018 Pro-boxer Tommy “Little Dog” Ross, the favourite to win a Championship Belt, has a world-class meltdown in the middle of the fight and walks out of the ring. We meet up with him again five years later, living a life of general self-destruction, when he is caught on video in a bar fight, prompting old rival Rico “Havoc” St. George to challenge him to a title rematch. Tommy struggles to get...

Where can you stream Little Dog? DVD/Bluray via Amazon

On 2018-03-01 Comedy TV Series Little Dog first aired on CBC Television. Written and created by Joel Thomas Hynes, and produced by Cameron Pictures & Elemental Pictures, Little Dog will return and was last broadcasted on 2019-03-07.
IMDb Rating: 6.1/10 Little Dog Official page on CBC TelevisionAll Seasons: 2 All Episodes: 15 Average Episode length: 22 minutes Seasons Season 1 - 2018-03-01 with 7 EpisodesSeason 2 - 2019-01-16 with 8 Episodes
Constantine: City of Demons
Escape at Dannemora
We use cookies to ensure that we give you the best experience on our website. If you continue to use this site we will assume that you are happy with it.Ok