Pakistani TV series
CreatorUmera AhmadCastSanam Baloch, Adeel Hussain, Aamina Sheikh, Muhammad AhmedNetwork ARY Digital Air Date Jun 11th, 2010 The series depicts the rift that appears in the friendship of two women Zahra and Maliha, when Maliha's brother expresses his wish to marry Zahra. Daam is the price that Maliha offers her friend to step back from the marriage.

Where can you stream Daam? DVD/Bluray via Amazon 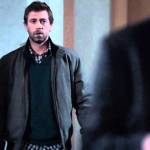 Meri Zaat Zarrae Benishan
We use cookies to ensure that we give you the best experience on our website. If you continue to use this site we will assume that you are happy with it.Ok