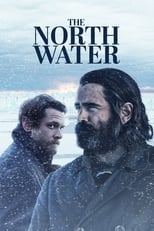 CreatorAndrew HaighCastColin Farrell, Jack O'Connell & Stephen GrahamNetwork BBC Two Air Date Dec 31st, 2020 Henry Drax is a harpooner and brutish killer whose amorality has been shaped to fit the harshness of his world, who will set sail on a whaling expedition to the Arctic with Patrick Sumner, a disgraced ex-army surgeon who signs up as the ship’s doctor. Hoping to escape the horrors of his past, Sumner finds himself on an ill-fated journey with a murderous psychopath. In search of redemption, his...

Where can you stream The North Water? DVD/Bluray via Amazon