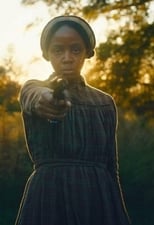 CreatorBarry JenkinsCastChase W. Dillon, Joel Edgerton & Thuso MbeduNetwork Amazon Air Date May 14th, 2021 After escaping her Georgia plantation for the rumored Underground Railroad, Cora discovers no mere metaphor, but an actual railroad full of engineers and conductors, and a secret network of tracks and tunnels beneath the Southern soil.

Where can you stream The Underground Railroad? DVD/Bluray via Amazon