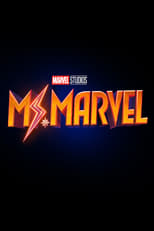 CreatorBisha K. AliCastIman Vellani, & Network Disney+ Air Date Dec 31st, 2021 Ms. Marvel is Pakistani-American Kamala Khan, a Muslim teenager who lives in Jersey City, New Jersey, and looks up to superheroes like Captain Marvel. She has an Inhuman ability to alter shape & size and employs an idealistic attitude as much as any power to make the world a better place.

Where can you stream Ms. Marvel? DVD/Bluray via Amazon

Netflix
Stay up to date with the streaming options of Ms. Marvel & other streaming releases