In the previous decade,  series like ‘Madman’, ‘Six Feet Under’ and ‘The Wire’ changed the landscape of TV-shows drastically. What was long thought of as being inferior to film, evolved into something bigger and bigger.  And where actors were once mocked because ‘they could only get roles in TV-series’, A-list stars and directors were now quick to find their way to the small screen too. In the 2010’s, things developed even further. In fact, there’s so much quality these days, that is almost dazzling. To make it easier for you, we shortly summarized all the highlights of the second decade of this Golden Age of Television. So here we go, in no specific order:

Based on Elizabeth Strout’s Pulitzer Prize-winning novel, this decade spanning drama follows the lives of a quirky couple. The teacher Olive (Frances McDormand) and pharmacist Henry (Richard Jenkins) lead a troubling life of many feuds amid the raising of their son. Set in a small town, this miniseries showcase the many small triumphs and emotional feuds of an aging married couple.

Margaret Atwood’s best-selling novel of a dystopian future comes to the small screen. The United States has transformed into Gilead, a new society that treats women as lesser citizens. With a world facing a population crisis, fertile women become property. Not content with the world, the determined Offred seeks to defy this society and seek out her missing child.

Playing out across multiple decades, this crime anthology follows multiple cases of surreal discoveries. Detectives find themselves trying to solve cases that carry on much longer than expected and take them to dark places they never expected to discover. The all-star casting includes the likes of Matthew McConaughey, Woody Harrelson, Colin Farrell, Rachel McAdams and Mahershala Ali.

Based on the award-winning film by the Coen Brothers, this faux true-crime anthology follows different and quirky cases centered around Minnesota. Covering everything from murder to heists to the possibility of aliens, this unorthodoxly gritty and giddy show boasts an all-star cast including Billy Bob Thornton, Kirsten Dunst, Patrick Wilson and Ewan McGregor.

Camille Preaker (Amy Adams) is a reporter that is venturing back to her hometown where a series of mysterious crimes have popped up as unsolved cases. When the clues seem to point towards her path, Camille makes some shocking discoveries in this psychologically driven tale based on the novel by Gone Girl writer, Gillian Flynn.

The feuding factions of the Seven Kingdoms of Westeros battle for the Iron Throne in this dark fantasy epic saga. War wages as several powerful figures assert their control with violent betrayals, uprisings and battles aplenty with swords and dragons. Based on the best-selling books by George R.R. Martin.

Based on the semi-autobiographical novels by Edward St. Aubyn, Patrick Melrose had a rocky childhood and even rockier adulthood, tumbling down a path of addiction. This dramatic miniseries starring Benedict Cumberbatch, Jennifer Jason Leigh and Hugo Weaving follows the title character’s life from his troublesome childhood in the 1980s to dealing with his adulthood demons in the 2000s.

The elderly Logan Roy is unsure of how to handle his international media conglomerate when it comes to handing off to his family. Though he had plans of who to pass the company down towards, a bitterness seethes throughout the bloodlines as siblings and relatives feud for control in this dark satire of family and money, starring the likes of Hiam Abbass, Nicholas Braun, Brian Cox, Kieran Culkin, Peter Friedman and Natalie Gold.

Monterey, California is the home to the wealthy women of Madeline, Celeste and Jane. Their comfy lifestyle is rocked when a murder occurs in their cozy town. It isn’t long before this murder case brings out dark secrets buried under the surface of their community in this dark drama based on the novel by Liane Moriarty and starring Reese Witherspoon, Nicole Kidman, Shailene Woodley and Alexander Skarsgård.

A murder case becomes all the more complicated when a body is found between the borders of Denmark and Sweden. Tasked with investigating the matter at the border is inspector Martin Rohde and Swedish Saga Norén, forced to work together and track down a mysterious serial killer in this stirring crime drama series. 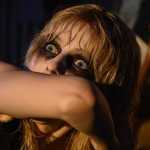 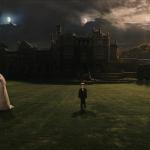