Every year, The Vore cherry-picks the very best movies from all over the world. The year hasn’t ended yet, but it is safe to say it has been a terrific year for cinephiles. Please check out the movies that we thought were the funniest, most original, visually overwhelming, most touching and downright genius of the year. Here we go, in no particular order:

The brilliant Swedish filmmaker/sociologist Ruben Östlund returns with a masterful black comedy centered around a museum of contemporary art in Stockholm, Sweden. Östlund’s latest movie is less rigid stylistically (the camera moves!) and is, more than often, flat out hilarious. Like his previous films, Östlund excels at showing people at their most vulnerable, despicable and ridiculous. The Square’s protagonist is Christian, a slick art curator slowly falling from grace. Anyone who saw Östlund’s previous movie Turist knows what to expect. 2017’s biggest treat! 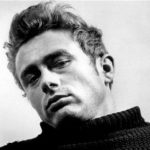 10 Actors Who Passed Away During Filming 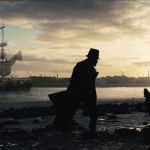