There are probably loads of TV shows people around you raved about that you still need to watch. Ever since the beginning of Golden Age of television, it’s becoming harder and harder to keep up with the stream of high-quality shows that are being released. The standard is getting higher with every year. As the end of the year is approaching, now is the time to find out which shows you definitely shouldn’t miss. Note: these are all brand new series that started in 2017.

If there’s only one TV show you allow yourself to watch this year, let it be ‘The Handmaid’s Tale’. Based on Margaret Atwood dystopian 1985 novel, the series is set in the near future. America has been taken over by religious fundamentalists and because of environmental pollution, fertile women are extremely scarce. Offred (Elisabeth Moss) is one of those fertile women and is kept as a concubine in a wealthy home. Nope, this isn’t exactly feel good television. The Handmaid’s Tale is slow, suspenseful, gorgeously photographed and highly atmospheric. But most of all, like the best dystopian stories do, it makes us think about the direction our own world is heading to. 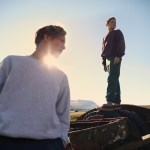 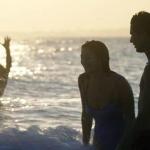