List of the latest ghost movies in 2022 and the best ghost movies of 2021 & the 2010's. Top ghost movies to watch on Netflix, Hulu, Amazon Prime, Disney+ & other Streaming services, out on DVD/Blu-ray or in cinema's right now.

2021, 2020, 2019, 2018 and the 2010's best rated ghost movies out on DVD, Bluray or streaming on VOD (Netflix, Amazon Prime, Hulu, Disney+ & More).
Related: Best new Horror movies in 2022 & 2021 (Netflix, Prime, Hulu & Cinema List) A compelling ghost story still gives us the creeps, no matter how often it has been done before. Enthusiasts of haunted house genre should continue reading, as the last couple of years have been great with the coming of quality low-budget indie flicks like Paranormal Activity and the Conjuring as well as big productions from Hollywood like Mama & Crimson Peak. It is a classic genre, and one that is by no means on its way out. More than just being creepy entertainment, these films make us wonder about the supernatural, as well as what it means to be a human being.
PreviousPreviousNextNext 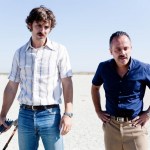 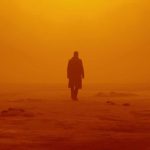