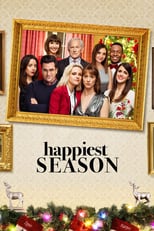 Marty Bowen (Temple Hill Productions) and Isaac Klausner (Temple Hill Productions) produced the film in cooperation with Entertainment One. The romantic comedy is set to hit the theaters on November 19, 2020 (Netherlands) and November 25, 2020 (US). eOne will distribute the film in the US and Canada, while the worldwide distribution will be handled by Sony Pictures via TriStar. Happiest Season is directed by Clea DuVall and was released on Nov 25th, 2020.

Where can you stream Happiest Season: Not yet streaming online DVD/Bluray via Amazon