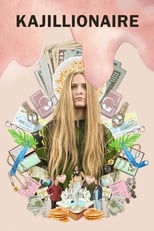 Director Miranda July CastEvan Rachel Wood, Gina Rodriguez & Debra WingerRelease Sep 25th, 2020 Synopsis Plan B Entertainment and Annapurna Pictures present the film written and directed by Miranda July, Kajillionaire. The crime drama production stars Evan Rachel Wood, Debra Messing, Richard Jenkins, Gina Rodriguez, and Mark Ivanir. A24 took up the film’s US distribution rights. The world got its first look at the film when it was shown at the 2020 Sundance Film Festival, which started on January 25, 2020. It was given an R rating by the MPAA. Kajillionaire is directed by Miranda July and was released on Sep 25th, 2020.

Where can you stream Kajillionaire: Not yet streaming online