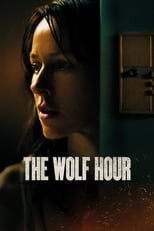 Director Alistair Banks Griffin CastNaomi Watts, Emory Cohen & Jennifer EhleRelease Dec 6th, 2019 Synopsis Alistair Banks Griffin wrote and directed the psychological thriller, The Wolf Hour. The cast is led by Naomi Watts, Emory Cohen, Jennifer Ehle, Kelvin Harrison Jr., Jeremy Bobb, and Brennan Brown. The film is produced by Automatik, Bradley Pilz Productions, and HanWay Films and is distributed by Brainstorm Media and Universal Pictures. It was first screened at the Sundance Film Festival on January 29, 2019, and started its US theatrical run on December 6, 2019.
The Wolf Hour is directed by Alistair Banks Griffin and was released on Dec 6th, 2019.

Where can you stream The Wolf Hour: