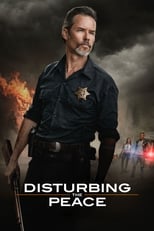 Where can you stream Disturbing the Peace: