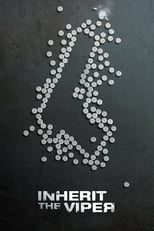 Director Anthony Jerjen CastJosh Hartnett, Margarita Levieva & Owen TeagueRelease Jan 10th, 2020 Since the death of their father, the Riley siblings have kept their heads above water by illegally dealing in painkillers. Josie is managing the business with an iron fist, when her brother, War veteran Kip, is concerned that the risky business is increasingly turning them into outsiders in their small community. While Kip wants to keep his younger brother out of their illegal endeavors, his...
Inherit the Viper is directed by Anthony Jerjen and was released on Jan 10th, 2020.

Where can you stream Inherit the Viper: