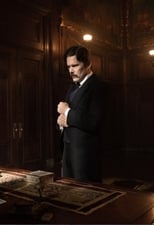 Director Michael Anton CastEthan Hawke, Kyle MacLachlan & Hannah GrossRelease TBA Highlighting the Promethean struggles of Nikola Tesla, as he attempts to transcend entrenched technology–including his own previous work–by pioneering a system of wireless energy that will change the world.
Tesla is directed by Michael Anton and was released on TBA.

Where can you stream Tesla: Not yet streaming online