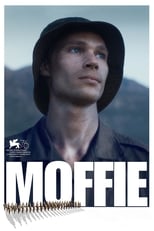 Director Oliver Hermanus CastKai Luke Brummer, Ryan de Villiers & Matthew VeyRelease Apr 9th, 2021 Synopsis Andre Carl van der Merwe’s autobiography. Moffie, comes to the big screen thanks to writer-director Oliver Hermanus. Kai Luke Brummer and Ryan de Villiers play the lead roles in this LGBT romance drama. The film was entered in various film festivals like in London and Venice, and it was able to garner nominations in different categories from other award-giving bodies like the Queer Lion Award and Venice Horizons Award. It was theatrically released in Italy and the UK in September and October 2019 respectively. Moffie is directed by Oliver Hermanus and was released on Apr 9th, 2021.

Where can you stream Moffie: Not yet streaming online