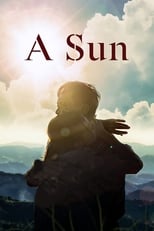 Director Mong-Hong Chung CastYi-Wen Chen, Samantha Shu-Chin Ko & Wu Chien-HoRelease Nov 1st, 2019 Synopsis From award-winning director Chung Mong-hong comes this Taiwanese drama, A Sun (Chinese title: 陽光普照). The film was awarded the Best Feature Film and Best Director at the 56th Golden Horse Awards. It also graced the Toronto International Film Festival and the Tokyo International Film Festival. Chung co-wrote the movie with Chang Yao-sheng, with the backing of 3 NG Film. Through the distribution of Applause Entertainment, the film was released in Taiwan on November 1, 2019. It stars Chen Yi-wen, Samantha Ko, Wu Chien-ho, Liu Kuan-ting, and Wen Chen-ling. It grossed NTD 14 million at the box office. A Sun is directed by Mong-Hong Chung and was released on Nov 1st, 2019.

Where can you stream A Sun: