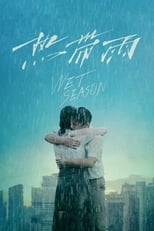 Director Anthony Chen CastYann Yann Yeo, Christopher Lee Ming-Shun & Koh Jia LerRelease Nov 28th, 2019 Synopsis Set during the monsoon season in Singapore (hence the title), Wet Season follows the plight of Ling, a Chinese language teacher in a secondary school. Her marriage and work is falling apart because she is unable to bear a child. She forms an unlikely friendship with a student which helps her reaffirm her identity as a woman. The film is directed by Anthony Chen and stars Yeo Yann Yann as the troubled teacher Ling. It has been shown in several film festivals and received six nominations in the 56th Golden Horse Awards in Taiwan where Yeo won the Best Actress Award. Wet Season is directed by Anthony Chen and was released on Nov 28th, 2019.

Where can you stream Wet Season: Not yet streaming online