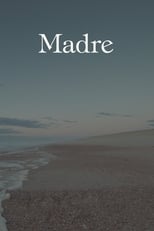 Director Rodrigo Sorogoyen CastMarta Nieto, Álvaro Balas & Blanca ApilánezRelease Apr 22nd, 2020 Synopsis The movie was originally a short drama film later expanded into a full-length version in 2019. It premiered at the 2017 Málaga Film Festival and was also screened at the 2017 Toronto International Film Festival. It won the Goya Award for Best Fictional Short Film at the 32nd Goya Awards and was nominated for the Academy Award for Best Live Action Short Film at the 91st Academy Awards. Madre is directed by Rodrigo Sorogoyen and was released on Apr 22nd, 2020.

Where can you stream Madre: Not yet streaming online