My Father the Bride 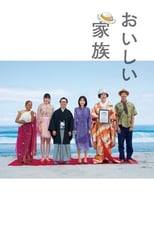 Director CastHonoka Matsumoto, Kenta Hamano & Itsuji ItaoRelease Jan 1st, 1970 Synopsis The story revolves on Toka’s family. The Tokyo-based Toka went back to her hometown for the third death anniversary of her mother to find her father Seiji dressed in his wife’s clothes. To make matters more interesting, he is getting married again…to a man named Kazuo. This film challenges the tight-knit parent-child relationship in Japanese culture but it is no parody whatsoever. The subtle, non-parodying performances of the actors add to the overall theme of the film, as it gently re-establishes the idea of what is normal in a society that is very stratified as that of Japan.

Where can you stream My Father the Bride: Not yet streaming online DVD/Bluray via Amazon