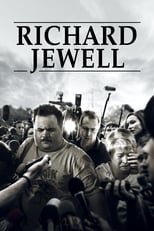 Director Clint Eastwood CastPaul Walter Hauser, Sam Rockwell & Kathy BatesRelease Dec 13th, 2019 Synopsis Clint Eastwood directed and produced the biographical drama, Richard Jewell. Billy Ray wrote the screenplay based on the article and book about the July 27 Centennial Olympic Park bombing. Leonardo DiCaprio, Jonah Hill, Jessica Meier, Kevin Misher, Tim Moore, and Jennifer Davidson co-produce the drama. Jewell is played by actor Paul Walter Hauser. Sam Rockwell, Kathy Bates, Jon Hamm, and Olivia Wilde co-star. Despite its low theater sales at USD 23 million, against a budget of USD 45 million, the film is critically acclaimed and was selected as one of the 10 best films of 2019 by the National Board of Review.
Richard Jewell is directed by Clint Eastwood and was released on Dec 13th, 2019.

Where can you stream Richard Jewell: