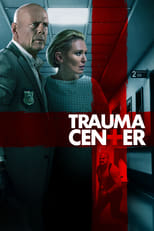 Director Brian A. Miller CastBruce Willis, Nicky Whelan & Steve GuttenbergRelease Dec 6th, 2019 Synopsis Bruce Willis topbills Trauma Center, an action thriller directed by Matt Eskandari, written by Paul da Silva. Nicky Whelan, Steve Guttenberg, Lala Kent round up the cast. It is produced by BondIt Media Capital, Buffalo 8 Productions, Emmett / Furla / Oasis Films, and Pimienta produce the R-rated film. It hit theatres on December 9, 2019, and is distributed by Lionsgate Home Entertainment and MoviePass Films in the US. Highland Film Group is in charge of distributing the film worldwide in all media.
Trauma Center is directed by Brian A. Miller and was released on Dec 6th, 2019.

Where can you stream Trauma Center: