Between Two Ferns: The Movie 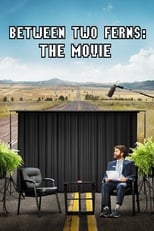 Director Scott Aukerman CastZach Galifianakis, Lauren Lapkus & Ryan GaulRelease Sep 20th, 2019 Galifianakis dreamed of becoming a star. But when Will Ferrell discovered his public access TV show, 'Between Two Ferns' and uploaded it to Funny or Die, Zach became a viral laughing stock. Now Zach and his crew are taking a road trip to complete a series of high-profile celebrity interviews and restore his reputation.
Between Two Ferns: The Movie is directed by Scott Aukerman and was released on Sep 20th, 2019.

Where can you stream Between Two Ferns: The Movie: DVD/Bluray via Amazon