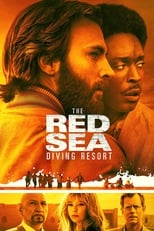 Director Gideon Raff CastChris Evans, Haley Bennett & Ben KingsleyRelease Jul 31st, 2019 Sudan, East Africa, 1980. A team of Israeli Mossad agents plans to rescue and transfer thousands of Ethiopian Jews to Israel. To do so, and to avoid raising suspicions from the inquisitive and ruthless authorities, they establish as a cover a fake diving resort by the Red Sea.
The Red Sea Diving Resort is directed by Gideon Raff and was released on Jul 31st, 2019.

Where can you stream The Red Sea Diving Resort: