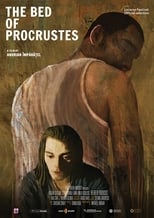 Director CastBogdan Salceanu, & Release Jan 1st, 1970 Dan, tired of all the problems he has to deal with at home, decides to spend the night at Ștefan, an old acquaintance. Their uncanny interaction peaks when Ștefan’s hospitality turns into persuasion.

Where can you stream Patul lui Procust: Not yet streaming online DVD/Bluray via Amazon