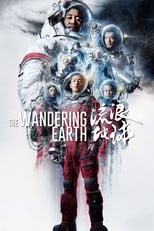 Director Frant Gwo CastGuangjie Li, Chuxiao Qu, Man-Tat Ng, Jin Mai JahoRelease Feb 5th, 2019 When the Sun begins to expand in such a way that it will inevitably engulf and destroy the Earth in a hundred years, united mankind finds a way to avoid extinction by propelling the planet out of the Solar System using gigantic engines, moving it to a new home located four light years away, an epic journey that will last thousands of years.
The Wandering Earth is directed by Frant Gwo and was released on Feb 5th, 2019.

Where can you stream The Wandering Earth: